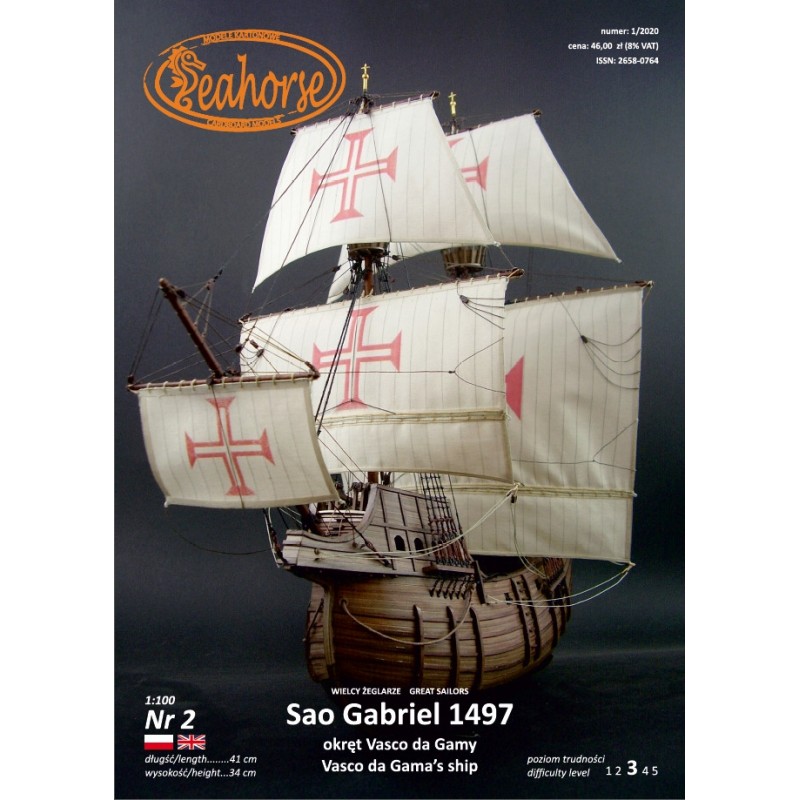 Vasco da Gama was the third son of Estêvão da Gama, a minor provincial nobleman who was commander of the fortress of Sines on the coast of Alentejo province in southwestern Portugal. Little is known of his early life. In 1492 King John II of Portugal sent him to the port of Setúbal, south of Lisbon, and to the Algarve, Portugal’s southernmost province, to seize French ships in retaliation for French peacetime depredations against Portuguese shipping—a task that da Gama rapidly and effectively performed.

In 1495 King Manuel ascended to the throne. The balance of power between factions at the Portuguese court shifted in favour of friends and patrons of the da Gama family. Simultaneously, a neglected project was revived: to send a Portuguese fleet to India to open the sea route to Asia and to outflank the Muslims, who had hitherto enjoyed a monopoly of trade with India and other eastern states. For unknown reasons, da Gama, who had little relevant experience, was appointed to lead the expedition.

Da Gama sailed from Lisbon on July 8, 1497, with a fleet of four vessels—two medium-sized three-masted sailing ships, each of about 120 tons, named the “São Gabriel” and the “São Rafael”; a 50-ton caravel, named the “Berrio”; and a 200-ton store ship. With da Gama’s fleet went three interpreters—two Arabic speakers and one who spoke several Bantu dialects. The fleet also carried padrões (stone pillars) to set up as marks of discovery.

Passing the Canary Islands on July 15, the fleet reached São Tiago (Santiago) in the Cape Verde Islands on the 26th, remaining there until August 3. Then, to avoid the currents of the Gulf of Guinea, da Gama undertook a long detour through the South Atlantic before attempting to round the Cape of Good Hope. The fleet reached Santa Helena Bay (in modern South Africa) on November 7. Unfavourable winds and the adverse current delayed the rounding of the Cape of Good Hope until November 22. Three days later da Gama anchored in Mossel Bay, erected a padrão on an island, and ordered the store ship to be broken up. Sailing again on December 8, the fleet reached the coast of Natal on Christmas Day. On January 11, 1498, it anchored for five days near the mouth of a small river between Natal and Mozambique, which they called the Rio do Cobre (Copper River). On January 25, in what is now Mozambique, they reached the Quelimane River, which they called the Rio dos Bons Sinais (the River of Good Omens), and erected another padrão. By this time many of the crews were sick with scurvy; the expedition rested a month while the ships were repaired.

On March 2 the fleet reached the Island of Mozambique, the inhabitants of which believed the Portuguese to be Muslims like themselves. Da Gama learned that they traded with Arab merchants and that four Arab vessels laden with gold, jewels, silver, and spices were then in port; he was also told that Prester John, the long-sought Christian ruler, lived in the interior but held many coastal cities. The Sultan of Mozambique supplied da Gama with two pilots, one of whom deserted when he discovered that the Portuguese were Christians.

The expedition reached Mombasa (now in Kenya) on April 7 and dropped anchor at Malindi (also now in Kenya) on April 14, where a Gujarati pilot who knew the route to Calicut, on the southwest coast of India, was taken aboard. After a 23-day run across the Indian Ocean, the Ghats Mountains of India were sighted, and Calicut was reached on May 20. There da Gama erected a padrão to prove he had reached India. The welcome of the Zamorin, the Hindu ruler, of Calicut (then the most important trading centre of southern India), was dispelled by da Gama’s insignificant gifts and rude behaviour. Da Gama failed to conclude a treaty—partly because of the hostility of Muslim merchants and partly because the trumpery presents and cheap trade goods that he had brought, while suited to the West African trade, were hardly in demand in India. The Portuguese had mistakenly believed the Hindus to be Christians.

After tension increased, da Gama left at the end of August, taking with him five or six Hindus so that King Manuel might learn about their customs. Ignorance and indifference to local knowledge had led da Gama to choose the worst possible time of year for his departure, and he had to sail against the monsoon. He visited Anjidiv Island (near Goa) before sailing for Malindi, which he reached on January 8, 1499, after nearly three months crossing the Arabian Sea. Many of the crew died of scurvy. At Malindi, because of greatly reduced numbers, da Gama ordered the “São Rafael” to be burned; there he also erected a padrão. Mozambique, where he set up his last padrão, was reached on February 1. On March 20 the “São Gabriel” and “Berrio” rounded the Cape together but a month later were parted by a storm; the “Berrio” reached the Tagus River in Portugal on July 10. Da Gama, in the “São Gabriel,” continued to Terceira Island in the Azores, whence he is said to have dispatched his flagship to Lisbon. He himself reached Lisbon on September 9 and made his triumphal entry nine days later, spending the interval mourning his brother Paulo, who had died on Terceira. (Out of da Gama’s original crew of 170, only 55 men had survived.) Manuel I granted da Gama the title of dom, an annual pension of 1,000 cruzados, and estates.

To exploit da Gama’s achievement, Manuel I dispatched the Portuguese navigator Pedro Álvares Cabral to Calicut with a fleet of 13 ships. The profits of this expedition were such that a third fleet was soon fitted out in Lisbon. The command of this fleet was given to da Gama, who in January 1502 received the title of admiral. Da Gama commanded 10 ships, which were in turn supported by two flotillas of five ships each, each flotilla being under the command of one of his relations. Sailing in February 1502, the fleet called at the Cape Verdes, reaching the port of Sofala in East Africa on June 14. After calling briefly at Mozambique, the Portuguese expedition sailed to Kilwa, in what is now Tanzania. The ruler of Kilwa, the amīr Ibrāhīm, had been unfriendly to Cabral; da Gama threatened to burn Kilwa if the Amīr did not submit to the Portuguese and swear loyalty to King Manuel, which he then did.

Coasting southern Arabia, da Gama then called at Goa (later the focus of Portuguese power in India) before proceeding to Cannanore, a port in southwestern India to the north of Calicut, where he lay in wait for Arab shipping. After several days an Arab ship arrived with merchandise and between 200 and 400 passengers, including women and children. After seizing the cargo, da Gama is said to have shut up the passengers aboard the captured ship and set it afire, killing all on board. As a consequence, da Gama has been vilified, and Portuguese trading methods have been associated with terror. However, the episode is related only by late and unreliable sources and may be legendary or at least exaggerated.

After da Gama formed an alliance with the ruler of Cannanore, an enemy of the Zamorin, the fleet sailed to Calicut, with the aim of wrecking its trade and punishing the Zamorin for the favour he had shown to Muslim traders. Da Gama bombarded the port and seized and massacred 38 hostages. The Portuguese then sailed south to the port of Cochin, with whose ruler (an enemy of the Zamorin) they formed an alliance. After an invitation to da Gama from the Zamorin had proved to be an attempt to entrap him, the Portuguese had a brief fight with Arab ships off Calicut but put them to full flight. On February 20, 1503, the fleet left Cannanore for Mozambique on the first stage of their return voyage, reaching the Tagus on October 11.

Obscurity surrounds the reception of da Gama on his return by King Manuel. Da Gama seemingly felt himself inadequately recompensed for his pains. Controversy broke out between the Admiral and the Order of São Tiago over the ownership of the town of Sines, which the Admiral had been promised but which the order refused to yield. Da Gama had married a lady of good family, Caterina de Ataíde—perhaps in 1500 after his return from his first voyage—and he then appears to have retired to the town of Évora. He was later granted additional privileges and revenues, and his wife bore him six sons. Until 1505 he continued to advise the King on Indian matters, and he was created count of Vidigueira in 1519. Not until after King Manuel died was he again sent overseas; King John III nominated him in 1524 as Portuguese viceroy in India.

Arriving in Goa in September 1524, da Gama immediately set himself to correct the many administrative abuses that had crept in under his predecessors. Whether from overwork or other causes, he soon fell ill and died in Cochin in December. In 1538 his body was taken back to Portugal. 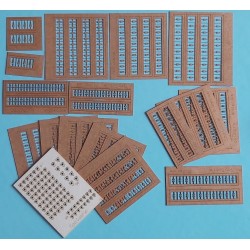 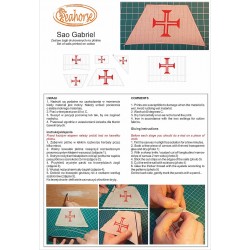 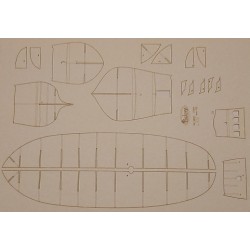 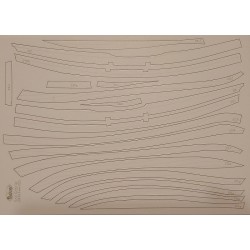 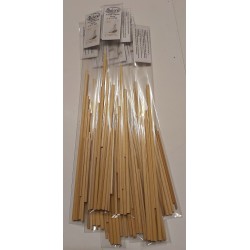